What My Husband’s Death Taught Me about Marriage

What My Husband’s Death Taught Me about Marriage 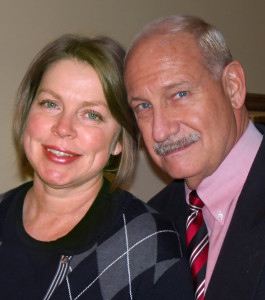 After 27 years of marriage, my husband died unexpectedly while lifting weights on a Friday morning. The moment I found his unresponsive body, chaos entered my life.

At the hospital, my son and I sat in a private waiting room.  When three medical professionals entered, I knew he was gone.

But since he died, I’ve learned some profound truths about death and marriage…

When a spouse dies, all the feelings we have for them are alive and well.  That’s why the loss feels so huge – one half of our matrimonial unit still functions, while the other half is strangely silent.  At least that’s what I’ve experienced.  My love for this man, and my commitment to him, still flow strong.  Insurance companies and financial institutions can remove his name from our joint accounts.  But nothing can remove him from my heart because…

Death means that the relationship we had morphs into something new.  And it’s my job to discover my new role in that changed relationship, to reconcile my life with his death.  And that leads to the most important thing I’ve learned…..

Marriage Truth #2: Death means we live in the house that love built.

When a spouse dies, we live with the results of the cumulative effort we put into the relationship. If the marriage was filled with crap, we’re left with a cesspit of dysfunction.  But if it was filled with the consistent effort of two committed people to correct errors, we’re left with a warm embrace and gratitude.  And that eventually helps buffer the huge loss. (Not make it go away, just make it a bit more bearable).

When my husband died, we each knew that we were fiercely devoted to one another. We loved each other and enjoyed each other’s company.  But we did not have a perfect marriage: we were just two imperfect humans committed to making it work.  With remarkable differences, this love and fierce devotion made us perfectly suited for each other.

After more than two decades together, we each learned to take responsibility for our own part of  marital challenges.   We worked hard to build a solid foundation for our relationship.  At various times, divergent religious beliefs, political views, money disagreements, and more serious things huffed and puffed against the house that our love built.  But it stood, surprising some friends and family.

So now I’m still living in the solid house that love built. Our children have witnessed our efforts to correct what was wrong.  And I live with gratitude for the effort we put into our marriage.

What this means for your marriage:

If you’re married, you’re living in a house that love built. But like the Three Little Pigs, you have a choice of building materials and of effort expended.  What you choose matters, because the Big Bad Wolf of Relationships huffs and puffs on almost all marriages at some point.

I lived a love story for almost three decades.  Sometimes it seemed like a fairy tale, and other times we each starred in the other’s nightmare.  And that’s okay, because real life love stories are messy. The husband and wife are imperfect.  They struggle individually and together. But if they are equally committed to make marriage work, the house that love built becomes solid.

And that’s what I wish for you – to live in a solid house that love built. Not out of fear for what death may one day bring.  But for the beauty of what marriage can mean while you live it.

What do you think about what I’ve learned?  Speak your mind in the comments.